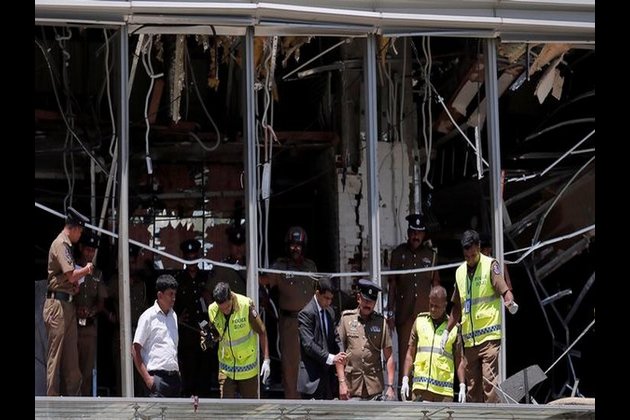 Colombo [Sri Lanka], June 12 (ANI): The Shangri-La Hotel here is set to reopen today, seven weeks after the high-end facility was extensively damaged in deadly terror attacks that killed more than 250 people who were celebrating Easter on April 21.

The Shangri-La Group, in a statement, said, "From Wednesday 12 June, 6 pm onwards (local time), popular dining establishments including Sapphyr Lounge, Capital Bar and Grill and Kaema Sutra will reopen for service. Guests will be able to enjoy room stays and Chi, the Spa from Saturday 15 June onwards."Colombo Page cited the statement in which the Group showed gratefulness to the local authorities and the global community for their support and messages of commendations regarding the terror attack during the past weeks, Colombo Page reported.

"The group remains deeply appreciative of the selfless service and courageous spirit demonstrated by the colleagues of Shangri-La Hotel, Colombo and the Sri Lankan community in the face of such adversity," the statement read.

The group further expressed its heartfelt sympathies and continued support to those who suffered injuries and lost their loved ones in the Easter Sunday attacks. "They will always be remembered," the statement added.

While the other two hotels reopened in the recent weeks, most of the sections of the Shangri-La Hotel will, however, remained closed.

At least eight locations, including three churches, were targetted by the terrorists on Easter Sunday. A local Jihadi group and ISIS affiliate, National Thowheeth Jama'ath, had claimed the responsibility for the devastating attacks, which were widely condemned.

In memory of, and to honour, those that lost their lives on that day, the Shangri-La Group will be making an initial contribution to the Dialog Foundation to help provide medical assistance, counselling, scholarships and vocational training for hundreds of families in Sri Lanka who were jolted by Easter terror attacks. (ANI)