Lessons from Queensland on alcohol, violence and the night-time economy 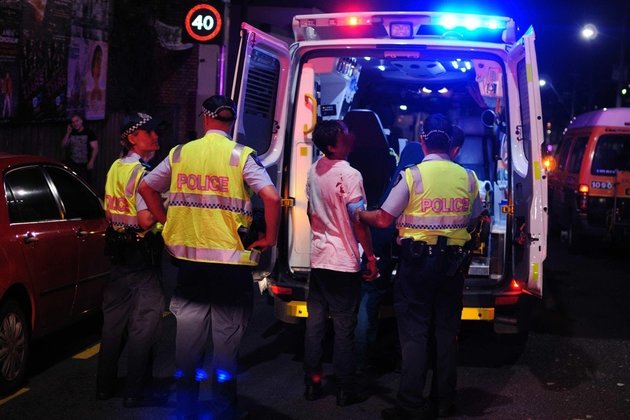 This is the first in a series of articles on a recently released comprehensive evaluation of the Queensland government's 2016 policy reforms to tackle alcohol-fuelled violence and the implications for alcohol regulation and the night-time economy in Queensland and Australia. A summary report is also available.

Under the "Tackling Alcohol-Fuelled Violence" policy, which among other things introduced statewide restrictions on trading hours, Queensland has recorded reductions in assaults, ambulance attendances and hospital admissions. These reductions represent a substantial cost saving to the Queensland community. At the same time, tourism and the number of liquor licences have continued to grow in many areas.

Despite this, levels of alcohol-related harm still remain too high, which calls for further effort.

Read more: All in it together: why stopping alcohol's harms needs everyone

In this article we describe the report findings from "archival" data - data collected by government services. The next three articles will:

describe the data from patron interviews, highlighting levels of intoxication and harm highlight the unwanted sexual attention reported by patrons explore the impact on live music.

The Queensland government has provided an interim response to the report's 38 recommendations. Community consultation will continue to the end of 2019.

In 2016, the government responded to community concerns about alcohol-related harm by implementing a multifaceted policy with three broad aims:

a safer night-time environment, in particular in entertainment precincts cultural change, including more responsible drinking practices within designated safe night precincts (SNPs) a regulatory framework that balances the interests of the liquor industry with a reduction in alcohol-fuelled violence.

The policy measures were partly based on the successful "Newcastle intervention" in New South Wales. From 2008, Newcastle CBD venues closed at 3.30am and had a 1.30am one-way door (or "lockout"). These changes resulted in steady reductions in harms over time.

The measures introduced in Queensland differed from those in Newcastle in four key ways:

licensed venues were permitted to remain open after 3am, but not to serve alcohol the 1.30am one-way door, although originally proposed, was later repealed in light of an interim report the government introduced mandatory networked ID scanners venues were able to apply for up to six extended trading permits allowing trade until 5am (reduced from 12 in February 2017).

The measures were implemented in a series of steps, shown in the timeline below.

How did we measure impact?

We were able to collect and report on more than 40 datasets. The full report provides detailed methods. The main elements include:

interviews with patrons in the street (including follow-up surveys)

What did we find?

After 2016, there were no deaths around licensed venues in a safe night precinct.

A 40% reduction in serious assaults was recorded in Fortitude Valley between 3am and 6am and 35% in Toowoomba (3-6am). Trends were stable elsewhere.

Alcohol-related ambulance call-outs were reduced significantly statewide: 11% on average per month 3-6am, and in all safe night precincts (29% 3-6am).

Hospital admissions for ocular bone fractures also fell significantly statewide, as did intracranial injuries in Greater Brisbane. These are some of the most common fractures related to alcohol.

Hospital admissions for alcohol intoxication and a range of injuries, which had been increasing, also levelled out statewide and in Brisbane.

at least one serious crime solved (such as rape and grievous bodily harm) per week using ID scanner data.

the proportion of patrons in safe night precincts reporting pre-drinking remains high and has not changed education/awareness campaigns were ineffective at reducing intoxication and violence.

The economic evaluation identified a A$16 million overall benefit from the changes to the Queensland community. The returns on every dollar spent by govt on implementation have been A$1.96-6.80.

Building on the gains

The findings are terrific news in terms of reductions in ambulance callouts, serious assaults and hospital admissions, although alcohol-related harm across much of Queensland has remained stable. Further, the policy has not significantly harmed business and has delivered an overall economic benefit to the community.

The report made recommendations to further reduce alcohol-related harm. These include increasing banning periods for unruly patrons, shutting venues at 3.30am and introducing point-of-sale health promotion.

But, overall, the evaluation is a good news story for the people of Queensland. These findings hold important lessons for other states grappling with how to reduce alcohol-related violence.