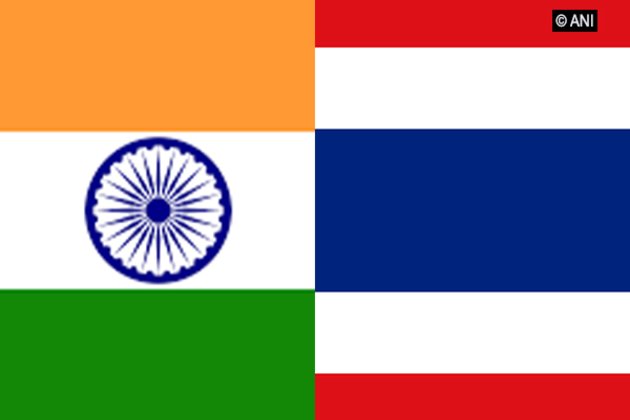 New Delhi [India], Nov 8 (ANI): Ranong Port of Thailand and port trusts of Chennai, Visakhapatnam and Kolkata have inked three Memoranda of Understandings (MoUs) to cut down sea travel time by half between the two countries.

The MoUs were signed at the first-ever two-day Bay of Bengal Initiative for Multi-Sectoral Technical and Economic Cooperation (BIMSTEC) Conclave of Ports, being held at Vishakhapatnam on November 7-8, that aims to provide a platform to strengthen maritime interaction and port-led connectivity initiatives among member countries.

These MOUs will contribute to BIMSTEC's objective of strengthening connectivity and is a part of India's Act East Policy, the Ministry of External Affairs said in a statement.

"These MOUs will enhance economic partnership by cutting down the sea travel time between India and Thailand from 10 -15 days to 07 days," it read.

The BIMSTEC region brings together 1.67 billion people, equivalent to around 22 per cent of the world population and a combined GDP of USD 3.71 trillion.

HANGZHOU, May 29 (Xinhua) -- AliExpress, a global online retail marketplace and part of Alibaba Group, announced on Thursday that ...

SYDNEY, NSW, Australia - Stocks in Asia skidded on Friday, and the U.S. dollar dived, as the relationship between the ...

PHENOM PENH, Cambodia - Scientists and environmentalists are urging an international moratorium on deep-sea mining after releasing a report indicating ...

MINNEAPOLIS, Minnesota - A white police officer in the U.S. city of Minneapolis seen kneeling on the neck of a ...

Africa, then Asia to be invaded by locusts, says United Nations

NAIROBI, Kenya, May 29 (Xinhua) -- The Horn of Africa region will experience another swarm of locust invasion in June ...

Russia's most prominent conman left wave of death and deception

This is the story of how the mastermind behind MMM, Russia's biggest financial pyramid scheme, managed to get elected to ...

BEIJING, China May 29 (Xinhua) - A spokesperson for China's Ministry of National Defense on Friday criticized a report recently ...

TEHRAN (Tasnim) - The Atomic Energy Organization of Iran (AEOI) dismissed as "a futile attempt" the U.S.' new decision to ...