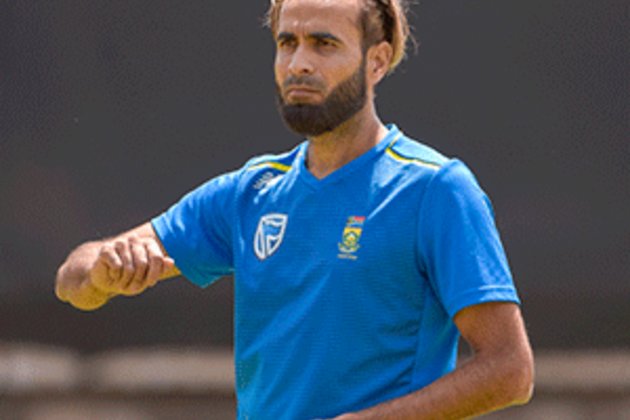 It's the first day of the intense South African coronavirus lockdown ... but also the birthday of one of those proverbial good men you can't keep down.

Mystery spin maestro Imran Tahir turned 41 on Friday, an unusual if not unprecedented age for an active international cricketer.

Knowing the eternally effervescent Proteas ultra-veteran, he is likely to tick off the milestone nonchalantly and be thinking an awful lot more about where and when his next opportunity to ply his trade will be - a great unknown for many cricketers across the planet due to the Covid-19 crisis.

At least for the moment, the widely-travelled Tahir continues to defy (and then some) the ravages of time.

When the latest edition of the Pakistan Super League T20 competition was suspended at an advanced stage a few days ago, the leg-spinner with key, regularly employed varietals to his arsenal was, so typically, right up among the statistical shining lights.

Tahir was lying joint-fourth among the leading wicket-takers with 10 from eight matches for the Multan Sultans, at an average of 18.60 and rosy strike rate of 14.

His last match was a fortnight ago against Peshawar Zalmi in Karachi, meaning that he was about as match-sharp as any prominent cricketer across the planet by the time the shutdown came.

Tahir last played a white-ball international for South Africa in their consolation ODI victory over Australia at the otherwise disastrous 2019 World Cup in England.

Despite being the oldest player - then 40 - at the tournament, he largely confirmed his ongoing worth with 11 scalps; only one compatriot (Chris Morris, 13) grabbed more.

A devoted servant of the national cause across 107 ODIs and 38 T20 internationals with stellar figures in both, he has been in a permitted hiatus from Proteas activity since then; his last T20 involvement had been against Sri Lanka at Newlands in March 2019.

But he took his leave on the understanding that he would remain in contention to be drawn back closer to the frame in the lead-up to the T20 World Cup, where a combination of himself and the increasingly maturing Tabraiz Shamsi look ideal to the Proteas squad for the increasingly valued need of "taking pace off the ball" in white-ball cricket.

That would almost certainly be Tahir's fitting swansong for South Africa.

While there will be those tempted to suggest his advanced age makes him a liability in certain areas - he is not exactly a fielding whippet or a "natural" in that department, though never really was - the player keeps himself admirably trim and, just as importantly, highly motivated and zestful.

Remember that another well-known spinning predecessor, Omar Henry, made his debut for South Africa at age 40, playing three Tests and three ODIs in the period soon after the country's return from isolation, in 1992.

While times were very different then, the record for SA player active at the most advanced age is held by Dave Nourse, who was 45 when he played his final Test against England at The Oval in August 1924.

There is simply no compelling evidence at present to suggest Tahir is "too old" for a ticket to the T20 World Cup.

Supposedly very much still available at the time of writing, he'd remain a leading weapon in South Africa's favour.

Why wouldn't you want him in the mix?