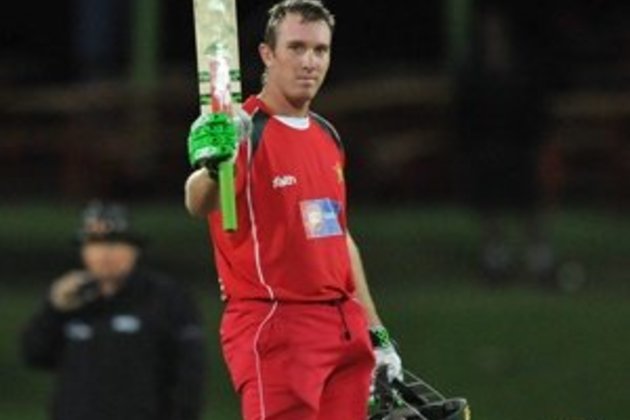 Zimbabwe batsman Brendan Taylor believes the coronavirus pandemic is not doing his country any favours in terms of playing more cricket.

The African nation was set to play more games in 2020 but that has now been curtailed due to the virus that has halted most sports codes across the world.

Zimbabwe began the year with a home Test series against Sri Lanka and followed that with a full tour of Bangladesh.

They also were due to be playing Ireland this month, and fixtures against Afghanistan, Australia, India and Netherlands were to come later this year.

All those matches are now set to be postponed or cancelled with matches against Zimbabwe not top priority for big nations when cricket resumes again.

Taylor, who has played 31 Tests and 196 ODIs, told the Zimbabwean publication : "Personally, this break is not doing us any favours.

"I feel we are a team that needs to be playing more often; we've always been starved of cricket.

"This year we had a full schedule of international cricket, but that's now been jeopardised by this pandemic. So it's extremely frustrating and hurtful.

"But there are people out there losing their lives and their loved ones to this terrible virus, so at the end of the day cricket is not so important anymore, is it?"

Taylor felt the team could have built momentum if they were to have played all their fixtures this year, something they were not afforded in the past.

The 34-year-old Taylor said: "We'd have obviously wanted to be playing, I'm sure everyone would have wanted that because in the past we gained momentum when we were playing regularly and unfortunately we've always been hampered by the fact that we play a series and then we don't play for three or four months.

"[But] there's a bigger picture here and cricket will come back eventually and when that time comes everyone will be chomping [sic] at the bit to get going."