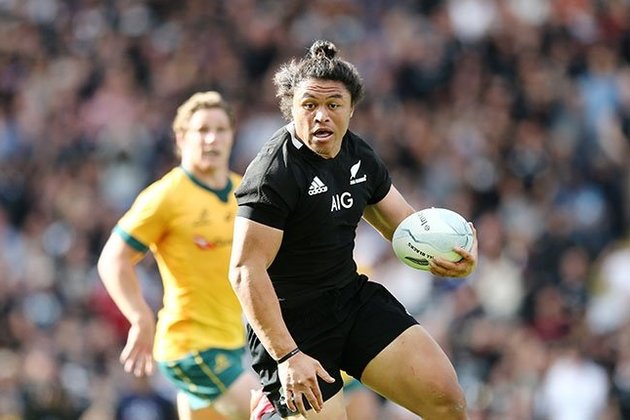 The Wallabies are desperate to "smash" the All Blacks but need to be more clinical in this weekend's must-win third Bledisloe Cup Test in Sydney, assistant coach Scott Wisemantel said Wednesday.

Wisemantel denied the Australians' 27-7 loss in Auckland on October 18 was because focus wavered after a pulsating 16-16 draw in the Bledisloe opener a week earlier.

He said Dave Rennie's men had the right attitude but poor execution let them down, pointing to a lack of accuracy that included 40 missed tackles and numerous turnovers.

"There wasn't a drop-off -- the intensity, the intent, was good," said Wisemantel, who joined Rennie's coaching staff from England, the team that humbled the All Blacks in last year's Rugby World Cup semi-finals.

Wisemantel, a former rugby league player with Parramatta Eels, also warned his players against kicking the ball to Caleb Clarke, the hulking All Black rookie who drew comparisons to Jonah Lomu with his rampaging runs in Auckland.

"If you give Caleb Clarke the ball, running forward at 100 miles an hour, he's going to hurt you," he said.

"So you just don't give him the ball going forward at 100 miles an hour."

Wisemantel suggested the Wallabies error rate in Auckland made the All Blacks look good, questioning the commonly held view that the New Zealanders found another gear after their lacklustre showing in Wellington.

"Did they take it up a notch or were we inaccurate?" he asked reporters.

Wisemantel said ironing out such mistakes had been the major objective for the match in Sydney, which the Wallabies must win to have a chance of claiming the Bledisloe for the first time since 2002.

"Our whole all-round game we have to be more accurate. That's it, we've got to get that right," he said.

Wisemantel said fullback Dane Haylett-Petty and centre Jordan Petaia were both available but players would be selected on form, not reputation.

"On that basis, it means that everyone is a chance," he said.

Teams for the match, which doubles as the Tri Nations tournament opener, will be named on Thursday.