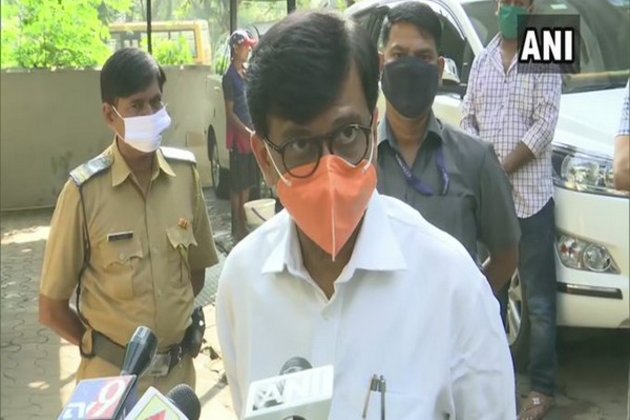 Mumbai (Maharashtra) [India], October 28 (ANI): Shiv Sena has mentioned it earlier as well that Uniform Civil Code should be implemented in India, said party leader Sanjay Raut on Wednesday while adding that if the Centre brings something like that, then his party will take a decision about it.

"We have said it before also that Uniform Civil Code should be implemented in the country. If the government brings something like that, then we will take a decision about it," said Raut on being asked whether the Central Government should bring a Uniform Civil Code.

Raut further stated that the Central Government should take stern steps if the People's Democratic Party (PDP) chief Mehbooba Mufti, National Conference leader Farooq Abdullah and others want to re-impose Article 370 in Jammu and Kashmir with the help of China.

"If Mehbooba Mufti, Farooq Abdullah and others want to re-impose Article 370 in Kashmir with help of China then central govt should take strict steps. If any person who wants to unfurl tri-colour in Kashmir is stopped, then I consider it as 'Rashtra droh'," said Raut.

RSS Joint General Secretary Dattatreya Hosabale had on Sunday reportedly said there should be a public debate on the Uniform Civil Code. He, however, left it to the government to decide if it was time to bring a bill on it or not. The RSS is the ideological mentor of the Bharatiya Janata Party. (ANI)

Microsoft expanded its esports scope Wednesday, announcing the acquisition of tournament event platform Smash.gg.In a tweet from the MSN_Esports account, ...

Clinical research firm with Irish base prepares for Covid-19 vaccines

Washington [US], November 30 (ANI): US President-elect Joe Biden on Monday announced key members of his economic team, including an ...

GENEVA - The U.N. Conference on Trade and Development reports the COVID-19 pandemic has had a devastating impact on most ...

A celebration of 2020? Many might think we should just hold our breath and say good riddance to what has ...

Investigation in U.S. mounted into bribery for pardons claims

The U.S. Department of Justice is investigating a potential crime involving bribery and presidential pardons, according to court documents unsealed ...

War for the Planet of the Apes