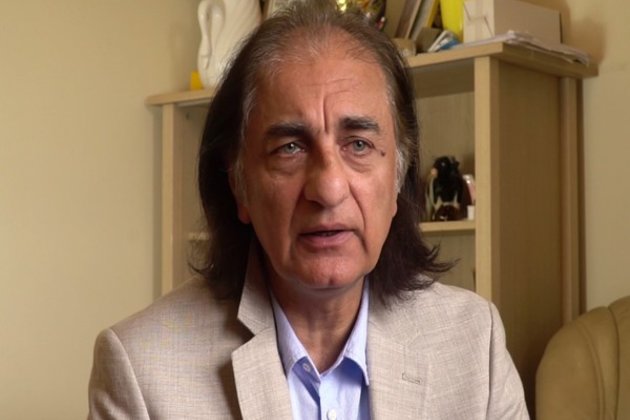 The PoK activist said that efforts must be made to "liberate our land" and for that "preemptive strikes" on PoK and the Gilgit-Baltistan must be on the table.

"China is using Pakistan to encircle India militarily and economically--like they are using Nepal, Bhutan, Myanmar and Pakistan. Why is a Chinese military base being developed on an occupied territory that belongs to India? If America can do preemptive strikes then what is keeping us from doing the same?" he added.

The Imran Khan-led government, Pakistan will continue to be on FATF's Grey List with the anti-terror financing watchdog asking it to continue to work on implementing action plan to address its strategic deficiencies including demonstrating that its law enforcement agencies are identifying and investigating the widest range of terrorist financing activity and demonstrating that prosecutions result in effective, proportionate and dissuasive sanctions.

He then pointed out that there are "more than a dozen" countries that stand with India on the Kashmir issue and which "should be as a starting point" and added that India and other countries around the world must impose economic sanctions on Pakistan and cut off all trade ties.

"We stand at the same crossroads where we were in 1947 and that is our land -- Indian sovereign territory -- is occupied by Pakistan. The first resolution that was passed by the United Nations Security Council demands that Pakistan withdraws its troops and obviously Pakistan has not abided by the resolution. Pakistan has very cleverly manipulated the narratives, used its Islamic world connections to demonise India as an occupier which is totally the opposite," Mirza said.

"My main concern is where do we go from here? The teesri peedhi (the third generation) is now young and what is the solution? We should enhance our campaign nationally and in international organisations like the European Union, the United Nations and OIC as well," he added.

The Financial Action Task Force (FATF) said in a statement on Pakistan at the conclusion of its plenary meeting that Islamabad should swiftly complete its full action plan by February 2021. (ANI)