India must tell its own story, says Jamaican MP 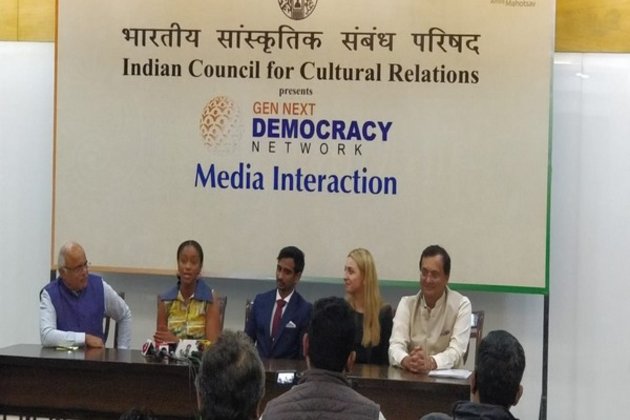 By Saurabh TrivediNew Delhi [India], December 1 (ANI): Member of Sri Lankan Parliament Jeevan Kumaravel who is part of a delegation from eight countries that has arrived in India to see the functioning of Indian democracy said that he observed that farmers are given first importance in the country.

The Sri Lankan MP said this during an interactive session organised by the Indian Council for Cultural Relations (ICCR) at the Constitution Club for participants from the eight democracies who have arrived in India to participate in a week-long event titled "Next Generation Democracy" to celebrate 75 years of Indian democracy.

During their tour, the delegates visited several places in Delhi and Gujarat to get a feel of the working of the Indian Democracy.

After visiting Amul dairy in Gujarat, Kumaravel said that he had interacted with farmers and felt happy to see that farmers were accorded first importance in the country and that Amul is the best example.

Another member Rhoda Moy Crawford, Member of Parliament of Jamaica said that India needs to narrate its own story and not wait for others to do so.

"Before coming to India I had heard a lot of good and bad things about it but after being here for a week, I say that India should tell its story to the world because there is a misconception regarding India and its democracy and that is not true. Despite all other things, democracy always wins," she said.

Vinay Sahasrabuddhe, President of ICCR, an autonomous body under the external affairs ministry, said that more delegations in batches from democratic countries will come to India to experience the largest democracy in the world. (ANI)