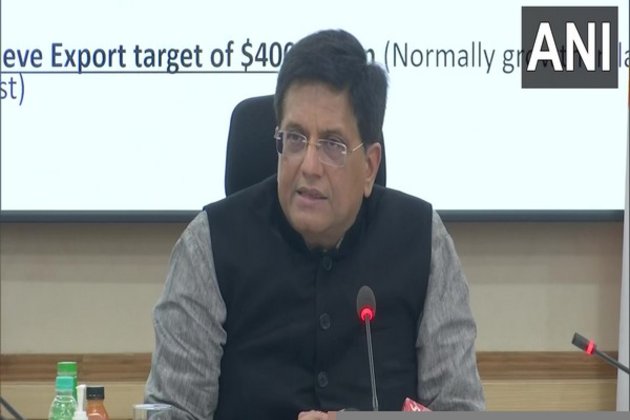 He was interacting with the leaders of major industry bodies virtually from New Delhi.

The meeting was called to seek their suggestions and inputs to ensure the continuation of fast rebound of economic activities and high growth rates being achieved.

The Union Minister congratulated Indian Industry for bouncing back after taking a hit due to the pandemic and for the resilience displayed while grappling with the pandemic, especially in the field of exports.

"Indian professionals had demonstrated great success in working from home and therefore the nation had succeeded in meeting every single one of its international commitments, even during the pandemic, earning it the title of being a trusted partner to the world," he said.

Highlighting the progress made in FTA negotiations, Goyal said that the Government was striving to conclude several Early Harvest Agreements so that their benefits could reach the industry soon. He said that an FTA with UAE was nearing conclusion, negotiations were at an advanced stage with Australia and discussions with Israel were ongoing.

Referring to the relaunch of market access negotiations with Korea, he said that a comprehensive fast track dialogue had been initiated to address concerns arising out of the previous agreement.

The minister said that there was an imminent need for up-gradation of testing facilities and labs to improve to quality and called upon the Indian Industry to extend its support in this regard.

He also asks the industry to lend guidance for transformational exports growth beyond USD 400 billion.

The Union Minister also urged industry to use single window for business processes and approvals to the maximum extent possible and asked them to give suggestions and inputs for further decriminalization of rules and reduction of compliance burdens wherever feasible.

"The industry leaders to be proactive in giving inputs to the government, especially in areas like FTA negotiations. The industry should become more demanding," he added.

The minister also asked the industry to invest more and place greater emphasis upon Research and Development activities as a business and growth strategy.

He further observed that by and large economic, activities had not been impacted by the current COVID surge. (ANI)