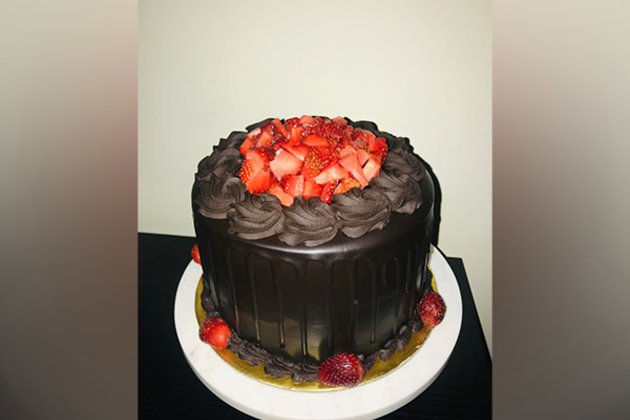 By Pushpesh PantNew Delhi [India], May 23 (ANI): It was almost three decades back when India heard the footsteps of artisanal handcrafted hundred per cent naturally preserved 'fruit conserves'.

An English woman married to an Indian who hailed from Bhuira, a small village in Himachal Pradesh, started on a very small scale with multi-fruit and bitter marmalades and preserves with chunks of luscious fruit that eschewed synthetic colours, flavours and preservatives. But people's palates were not used to the natural taste of these products. They were addicted to brilliantly coloured (artificially) and cloyingly sweet mixed fruit jam. Even single fruit jams strawberry, mango were enhanced with added (synthetic) flavours.

It was about the same time that Karen Anand started her venture of gourmet foods near Pune. Both Bhuira and Karen's kitchen attracted a small but discerning clientele. Karen catered to the uppermost crust of First Class passengers in International airlines and super deluxe hotels. Bhuira carved a niche for itself by introducing new flavour blends and attracting the upwardly mobile Indians who had acquired a taste of homemade preserves and were worried about the added sugar in mass-produced jams.

The words preserves and conserves gained currency during the 1990s to differentiate these from the run of the mill jams. Tatas had come out with an interesting strawberry preserve but it failed to make a mark. After another decade ITC of Welcome Group Hotels fame came up with a line of preserves and conserves that was branded as a product far superior to ordinary jams.

All this while the battle for brands was fought in the marketplace and popular Indian labels changed hands and multinationals with muscle pushed out smaller competitors. Several factors combined to impart a powerful thrust to artisanal fruit preserves. Sustainable became a buzzword. 'Farm to Fork' was another phrase that captured the popular imagination. Small once again became beautiful and conscientious citizens were inspired to support village-level enterprises that generated livelihood at the grassroots. Dr Paul set up a women's cooperative Umang near Ranikhet and trained local women to produce high-quality jams, jellies and pickles from fruits sourced locally. These were sold under the Kumaoni label.

This region is famous for its apricots, plums and pears and there was a time when apples were abundant in the Chowbatia Gardens.

Luscious Alexander Pears, Dark Purple Centosa Plums and many varieties of apricots--morpankh, badami and gola are sourced locally. This is the philosophy followed by Bhuira and Karen's Kitchen. Upgrade skills of local villagers, empower women and come out with a product that matches the global quality.

There are many chefs who use these natural conserves in innovative dishes. CauldronSisterss in Jaipur delight their guests with Alphonso Kalakand made with Alphonso Preserve.

Nishant Choubey loves to work with natural homemade handcrafted in small batches fruit preserves. He firmly believes that marmalades and jams may have been accompaniments to buttered toasts, the use of preserves is restricted only by the chef's imagination. He has used chunky apricot preserve in his rendering of khubani ka meetha in Michelin plated Indus in Bangkok and has worked the magic of Jamun preserve in smoothie fortified with oats.

Many people harbour the misconception that handcrafted preserves are an exorbitant and unaffordable extravagance. Nothing could be farther from the truth. Top of the line products are available in the range of Rs. 275- 375 for a 330 g jar. You need a small blob--a teaspoon full to taste the nectar!Ripple effects are clearly visible. It's an idea whose time has come. From Himalayan hinterland to Sahyadris and the Nilgiris Ranikhet, Pune and Bangalore the preference for artisanal fruit conserves is registering steady growth. The post-2000 generation is given threading labels carefully-- 'nature identical' flavours are losing ground. Who needs chemical preservatives if you can keep the small jar after opening it in the refrigerator?Some exotic flavours are also available in sampler baskets in mini jars. Like the resurgence of other handicrafts, this trend is most likely to stay with us.

Disclaimer: The views expressed in the above article are that of the writer and do not reflect that of ANI. (ANI)