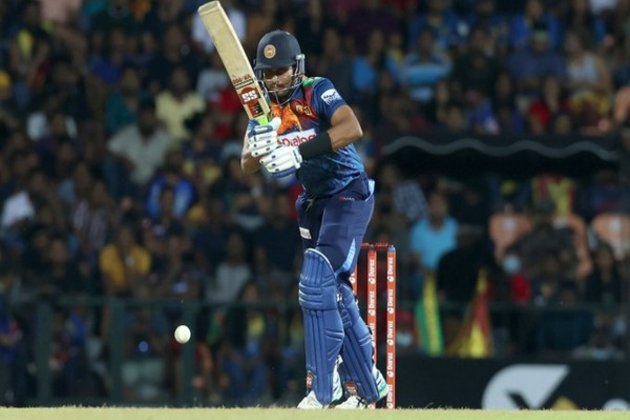 "It (today's loss) is disappointing, but we need to keep pushing the boundaries, glad with the way the guys performed in the series. We took the momentum from the last T20 game, which set the tone. I think we could have won the first ODI as well. Our batters kept performing and our bowlers also delivered," said Shanaka in a post-match presentation.

"Everyone took the responsibility, good to see Mendis back in form. Also the other players, it is a team effort. We need to keep playing like this. The crowd has been amazing, it has been a full house, they were always behind us. They kept believing in us and we need to deliver more in the future. Would like to thank the cricket boards and the ground staff as well," he added.

Coming to the match, electing to bat after winning the toss, Sri Lanka got off to a bad start.

Hosts lost three wickets for just 34 runs in 8.4 overs. Even after this, there was a flurry of wickets and the score reached 7 wickets for 62 runs and then 8 wickets for 85 runs.

Sri Lankan batters Charith Asalanaka and Kusal Mendis then tried to steady the team, but a miscommunication between the batters saw Aslanaka (14) run out.

After sending back half of the side to the pavilion at the score of 56, Australia's spinners kept the batters in check during the middle overs. Matthew Kunnehman removed both skipper Dasun Shanaka and Dunith Wellalage in the same over to pile on the hosts' misery.

However, Chamika Karunaratne fought courageously with a knock of 75 and stitched together a 58-run ninth-wicket partnership with debutant Pramod Madushan. The lower-order resistance helped Sri Lanka recover and finish their innings at 160.

Defending the small total, Sri Lankan spinners got the team off to a great start. Maheesh Theekshana dismissed Aaron Finch for a duck. In the following over, young left-arm spinner Wellalage dismissed David Warner on 10, who smashed a couple of boundaries in the first over.Theekshana with his tight lines resumed to upset the batters and removed Josh Inglish on 5 to reduce Australia to 19/3.

A fine debut for debutant Madushan continued when he bagged the wicket of Mitchell Marsh for 24.

Time was not a factor for Australia in their chase and Alex Carey and Cameron Green kept their calm with a 43-run partnership that saw the visitors across the line.

Carey top-scored in the innings with a solid 45, with Green finishing the job with his side's first maximum to end on 25.

The win couldn't rescue the series for Australia, but regained some pride, with the ODI series ending 3-2 to Sri Lanka. (ANI)