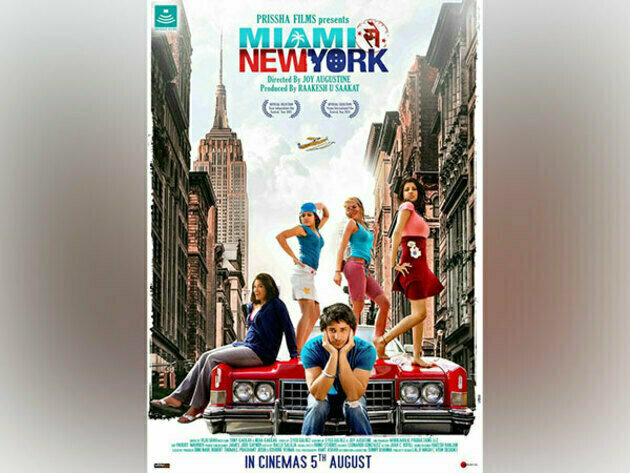 New Delhi [India], July 28 (ANI/GPRC): A film about four women going through a crucial phase of their existence and finding themselves on a road trip has an evergreen charm. And with four ladies taking charge in Miami Seh New York produced by Raakesh U Saakat, the makers knew that the film's music had to have a similar charm. Who better to score the soundtrack than the veteran music composer Viju Shah - who did some memorable music for Mohra, Gupt amongst other chartbuster albums. The film's first song Aisa Sama sung by Sunidhi Chauhan has the vivacious feel to it that fills the film with inimitable energy. It was in fact producer Raakesh U Saakat who brought Shah on board. Having been a big fan of the legend's work, the producer convinced Shah to take on the film.

The comedy adventure film has been shot entirely in the US. Starring fresh talents like Nihina Minaz, Nikhar Krishnani, Janelle Lacle, Rohini Chandra along with Arjun Anand, the film gives us a novel spin of travel stories.

Raakesh U Saakat says, "Music is an integral part of our film and I knew exactly what sound I wanted for my film. I knew Viju Shah is the only one who can create the kind of music I was seeking. He just doesn't create music that syncs with the film but makes generation-defining music. Aisa Sama is a breathtaking and fresh number and we hope it strikes a chord with people across the board. Sunidhi has sprinkled her magic on the song."

Viju Shah says, "After decades of working, one only wishes to chase reinvigorating work. I don't want to do more of the same. I loved the energy of the film. The story was young and fresh and it felt like a movie I wanted to push myself for. I tried a lot of new sounds and some old tricks. Travel is a recurring element of the story and I have captured the essence of how travel changes us intrinsically - the feeling of love and heartbreak, the support of friendship, all rolled together in a song that is Aisa Sama."

This story is provided by GPRC. ANI will not be responsible in any way for the content of this article. (ANI/GPRC)