'We extended around USD 4 billion aid this year': India on financial support to Sri Lanka 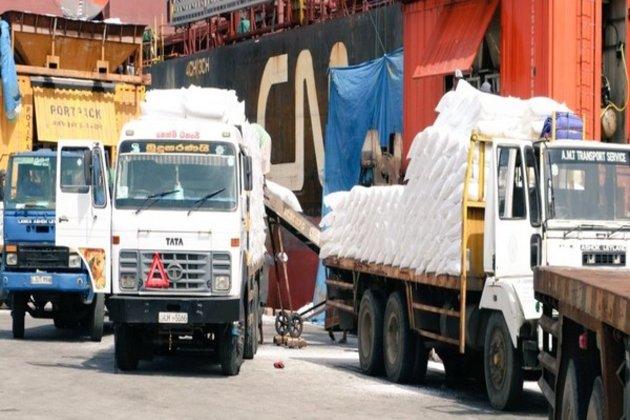 Colombo [Sri Lanka], September 20 (ANI): India on Tuesday responded to a media query regarding reports on "no further financial support from New Delhi to Colombo", stating that it has extended around USD 4 billion in bilateral assistance this year for the people of Sri Lanka.

Responding to a media query, the spokesperson of the High Commission of India in Colombo also advocated other bilateral and multilateral partners supporting Sri Lanka expeditiously in its current economic difficulties.

"We have seen the relevant media reports. We would like to emphasise that India has extended unprecedented bilateral assistance amounting close to USD 4 billion this year for ameliorating the difficulties faced by the people of Sri Lanka. India has also advocated to other bilateral and multilateral partners supporting Sri Lanka expeditiously in its current economic difficulties," India in Sri Lanka said in a tweet.

In a bid to sustain it from debt, India also extended its continuous support to Sri Lanka in all possible ways, particularly by promoting long-term investments from New Delhi in key economic sectors in Colombo for its early economic recovery and growth.

"We have also noted the conclusion of a Staff Level Agreement between IMF and Government of Sri Lanka. Its further approval within IMF is contingent upon, inter alia, on Sri Lanka's debt sustainability. We continue to be supportive of Sri Lanka in all possible ways, in particular by promoting long-term investments from India in key economic sectors in Sri Lanka for its early economic recovery and growth," the spokesperson of the High Commission also said.

On August 22, India handed over 21,000 tonnes of fertilizer to its crisis-ridden neighbour.

Highlighting India-Sri Lanka's close and longstanding relationship, the High Commission noted that the people of Sri Lanka continue to avail of scholarships for higher education and skills training in premier Indian institutions.

"In addition our bilateral development cooperation projects in Sri Lanka, which cumulatively total about USD 3.5 bn, are ongoing. Sri Lankans also continue to avail of scholarships for higher education and skills training in premier Indian institutions. These aspects of our close and longstanding cooperation with Sri Lanka also contribute to the efforts for addressing Sri Lanka's current economic difficulties," it added.

India under its 'Neighbourhood First' policy, has always come forward to help the debt-ridden island country. India has extended 8 Lines of Credit (LOCs) to Sri Lanka amounting to USD 1,850.64 million in the past 10 years.

India has been at forefront of extending economic assistance to Sri Lanka as per their requirements and is one of the countries that have provided the maximum amount of assistance in time of need.

Since the beginning of 2022, Sri Lanka has experienced an escalating economic crisis and the government has defaulted on its foreign loans. Sri Lanka is battling a severe economic crisis with food and fuel scarcity affecting a large number of the people in the island nation. The economy has been in free fall since the onset of the COVID-19 pandemic.

Sri Lanka is also facing a foreign exchange shortage, which has, incidentally, affected its capacity to import food and fuel, leading to power cuts in the country. The shortage of essential goods forced Sri Lanka to seek assistance from friendly countries. (ANI)