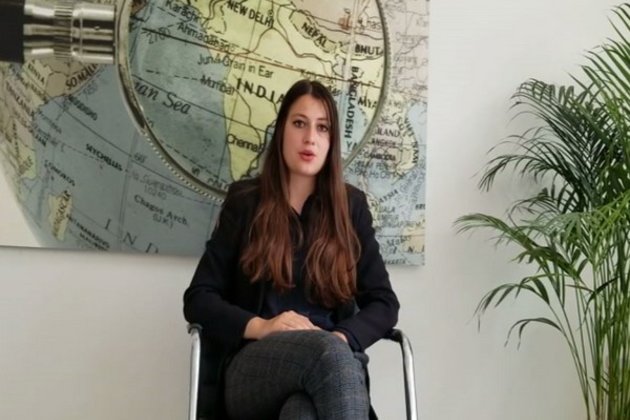 Geneva [Switzerland], September 21 (ANI): Enforced disappearances continue to be a significant political issue in Central and South Asia and the recent UN report on China is a great example as it highlights that Beijing has systematically disappeared ethnic minorities in Xinjiang and other human rights violations against its Uyghur population, European think-tank told the United Nations on Tuesday.

In her intervention during the 51st Session of the UN Human Rights Council, Yoana Barakova, a senior research analyst at European Foundation for South Asian Studies (EFSAS) said, "Enforced disappearances continue to be a major political issue in Central and South Asia. In its most recent report, the Working Group on Enforced or Involuntary Disappearances paints the image of a region in which State-induced deaths and disappearances remain a sad and avoidable political reality."She further said that Sri Lanka continues their repression of the Tamil population.

She also mentioned the case of Pakistan and said that Islamabad has not just failed to effectively criminalize enforced disappearances but has also failed to collaborate with relevant UN bodies and investigations.

"The most striking example, of course, is Xinjiang in China. The recent UN report highlights that China has systematically disappeared ethnic minorities in Xinjiang, alongside other repressive measures and systemic human rights violations which it continues to commit against its Uyghur population," Barakova added.

The report published on August 31 says the Chinese government has committed abuses that may amount to crimes against humanity targeting Uyghurs and other Turkic communities in the Xinjiang region.

During the session, she said that the recent data clearly indicate the non-compliance of many regional States to relevant international legislation and norms. This body, alongside other UN human rights bodies, must exert pressure on the states to confirm regulations and cooperate with investigations on enforced disappearances on their territory.

"Without further investigations and the development of appropriate mechanisms, enforced disappearances, as well as other human rights violations will only escalate in the future," She added. (ANI)