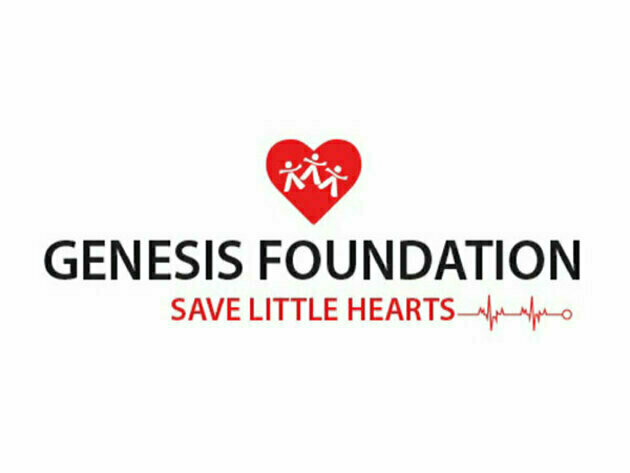 Born at 33 weeks of gestation, Tripti (name changed), was detected with a PDA, a very common congenital heart defect found in pre-mature babies.

Tripti was kept in the NICU for 15 days. She struggled to gain weight and could not breathe properly. As the opening was very large, medications, the first line of treatment, did not work. Tripti underwent a PDA ligation, a closed heart surgery at SRCC NH Children's Hospital, Mumbai.

This procedure saved Tripti's life, as had the opening not been closed, the pressure in her lungs would have increased significantly leading to a condition called Pulmonary Hypertension. With this condition, Tripti would have become inoperable and would not have been able to survive.

According to the World Health Organization, 3.5 million out of the 27 million babies born in India every year (2010 data), are premature. PDA is a very common Co-occurrence in pre-mature children. It is an opening between two major blood vessels leading from the heart. The ductus arteriosus, an ordinary opening in a baby's circulatory system while in the womb, often closes soon after delivery. Since many of the organs have not fully developed in pre mature children, PDA is often seen in such kids.

"Tripti, not even a year old came to us with a large PDA and cardiac failure. She was born premature and weighed only 1.6 kg. PDAs are commonly seen in preterm babies. As her PDA was still large she underwent a surgical PDA ligation. Although PDAs can often be closed by device closure in the Cath lab nowadays, the size and location of Tripti's PDA was such that it could be better treated surgically. She has recovered well from surgery," said Dr. Supratim Sen, Pediatric Cardiologist, SRCC NH Children's Hospital, Mumbai.

The support of J B Chemicals and Pharmaceuticals provided the family the financial help needed to save the child.

Pulmonary hypertension is another congenital heart condition seen in borderline preterm babies. Due to the complex interaction of lung maturity, meconium aspiration and lung vascular development, the pressure within the lung blood vessels becomes persistently high and this condition is called primary pulmonary hypertension (PPHN).

While most of the pre mature babies born with PDA can be managed with medications and ventilation support, surgery or device closure is indicated for those who cannot be managed with routine strategies. There are limited number of centres in India which have inhouse expertise in evaluation and interventional management of premature babies with PDA. Timely decision and intervention are key for successful survival of such babies.

In 2018, Genesis Foundation had announced the closure of the PDA of another premature baby, Shyam (name changed). Weighing only 900 gms at the time of the procedure, Shyam became the smallest premature baby to undergo the procedure.

"At Genesis Foundation, we strive to provide the best treatment available to every child who comes to us with a congenital heart defect, irrespective of how critical the defect is. We are grateful to SRCC NH Children's Hospital and our CSR partner J B Chemicals and Pharmaceuticals for supporting us to give Tripti a chance to heal and grow up to live her dreams," said Simran Sagar, Operations Director, Genesis Foundation.

We, Save Little Hearts.

So far, we have supported the medical treatment of over 3800+ critically ill children. The children supported by the Foundation belong to families with an income of less than or equal to Rs. 20,000 per month, whose parents are unable to afford treatment for their children.

100% of donations from individual donors are used towards the treatment of children with no allocation towards administrative costs.

This story is provided by NewsVoir. ANI will not be responsible in any way for the content of this article. (ANI/NewsVoir)

WASHINGTON D.C.: The National Retail Federation (NRF) has reported that even as inflation has negatively affected many household budgets, heavy ...

IRVING, Texas: Exxon Mobil Corp will wind down oil production in Equatorial Guinea in West Africa after its license expires ...

HOUSTON, Texas: QatarEnergy and ConocoPhillips have signed two sales and purchase export agreements covering at least a 15-year period, which ...

ISLAMABAD, Pakistan - Russia refused to give Pakistan a 30-40 percent discount on Russian crude oil, claiming that all volumes ...

NEW YORK, New York- U.S. stocks were uneasy early Wednesday following a release of a raft of economic data but ...